Light Tanks, or LTs in short, are one of the playable vehicle classes in Armored Warfare.

Light Tanks are tracked vehicles that are almost always equipped with a tank cannon whose caliber is than or equal to Main Battle Tanks of the same tier. They are generally much less armored than Main Battle Tanks, but also more mobile with better view range and camouflage values, only lagging behind Armored Fighting Vehicles. In terms of firepower, Light Tanks as a class either have a high rate of fire or have high burst damage.

By design, Light Tanks are intended to be the flankers in Armored Warfare with their high mobility and accuracy on the move. However, in reality their role often overlaps with Tank Destroyers as second line fire support. Direct engagements are risky due to the vehicles' poor armor, but they can outmaneuver slower and isolated enemy vehicles in a one-to-one close range combat should such opportunity arise in their favor.

As of October 2021, Light Tanks do not lose any camouflage when moving or turning. Camouflage loss from firing the main gun depends on the caliber, but most fall between 12% and 15% for high caliber guns. They also have the ability to switch ammunition type quickly when a shell is already loaded instead of having to repeat the whole reloading process all over again. 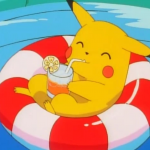