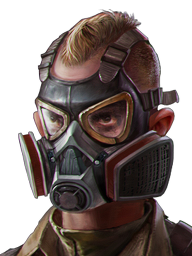 Ioannis Sanna is a progression commander in Armored Warfare. He can be unlocked as the LAV-300's upgrade screen for

A part of Ioannis's skills focus on increasing the chance of causing fire to an enemy vehicle's engine and the fire duration. His other expertise include improved spotting, camouflage, and sniping capabilities, making him a flexible commander to customise depending on the player's needs.

Terribly scarred from a past accident or battle, Ioannis is a private man. He hides much of his body, including his face, and stays detached from his crew and superiors alike. Although his personal history is steeped in secrecy, his battle record is not. He is a proven survivor, returning positive results from even the most seemingly impossible circumstances.