Chapter 3: Threat from the Sea 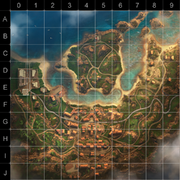